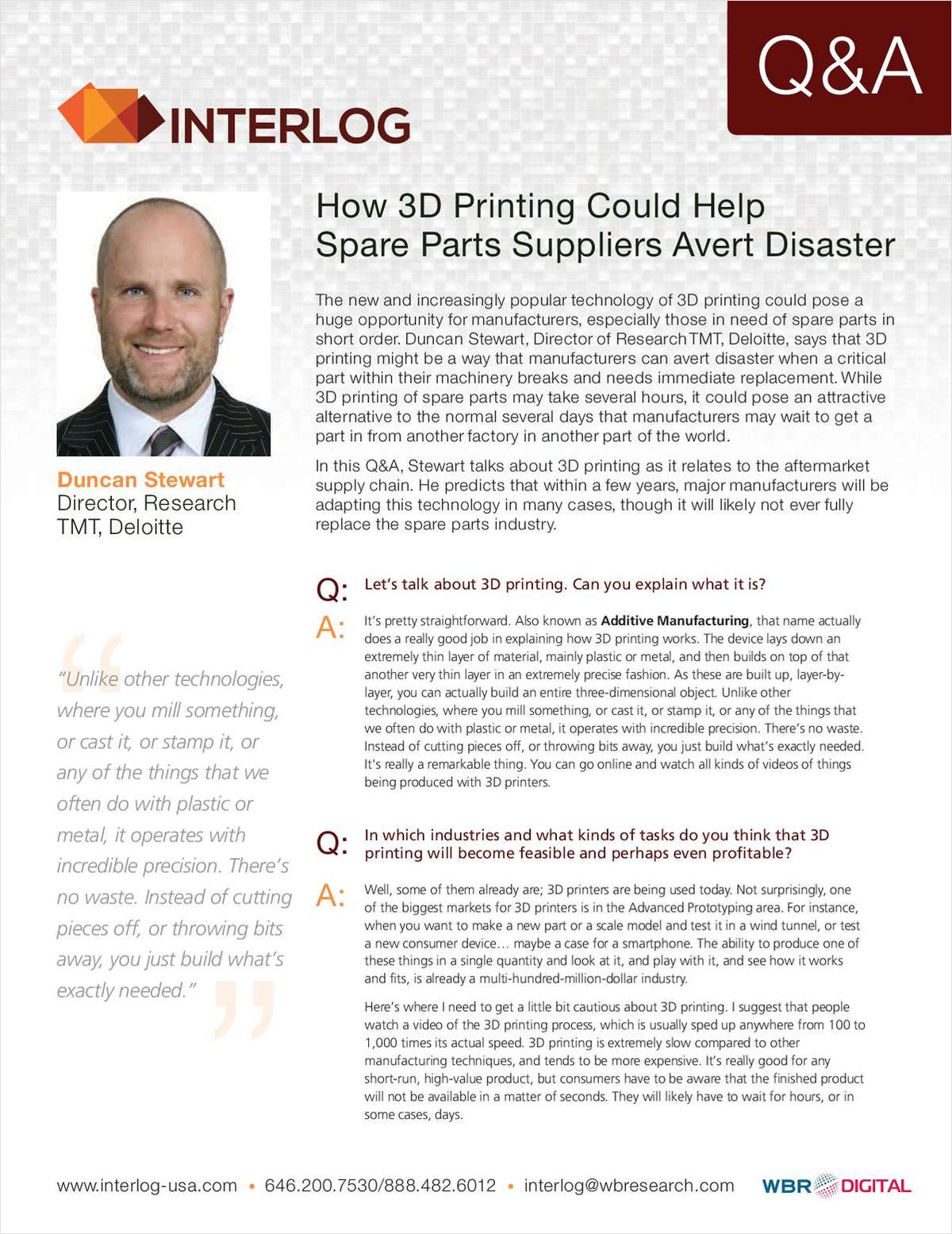 The new and increasingly popular technology of 3D printing could pose a huge opportunity for manufacturers, especially those in need of spare parts in short order.

Duncan Stewart, Director of Research TMT, Deloitte, says that 3D printing might be a way that manufacturers can avert disaster when a critical part within their machinery breaks and needs immediate replacement. While 3D printing of spare parts may take several hours, it could pose an attractive alternative to the normal several days that manufacturers may wait to get a part in from another factory in another part of the world.

In this Q&A, Stewart talks about 3D printing as it relates to the aftermarket supply chain. He predicts that within a few years, major manufacturers will be adapting this technology in many cases, though it will likely not ever fully replace the spare parts industry.


Offered Free by: Interlog
See All Resources from: Interlog

Open Now
Hybrid CMS: The Best of Both Worlds

Download Now View Details
How Software Advice Can Help With Your Electrical Estimating...